My Spendor BC1 Speakers

The BC1 is a speaker that was built during the 1970s by the British company Spendor. These were my first serious speakers, bought in 1978 or so. They are a three-way design using Spendor's own bass units with polypropylene cones. One of the nice things about Spendor is that not only are they still in business, but they can still supply replacement parts for everything they have made over the years - as I discovered when I blew the bass and treble drivers with a test disc.

This is a high-impedance speaker, which presents an 8 ohm load (or more) up to about 13 kHz. It is therefore very valve-friendly. I haven't measured the sensitivity, but I believe that Spendor claimed about 85dB for it.

I have measured the impedance curve, which is shown below. I did this using my AtmaSphere M60 amplifiers, with a signal generator as the source and my Thurlby-Thandar meter measuring the voltage across the amplifier output, the current through the speakers, and the exact signal frequency. Measurements were made in steps of 10% or less, and close measurements were made where the impedance was changing rapidly, for example around the peaks. The full data is also available on request. 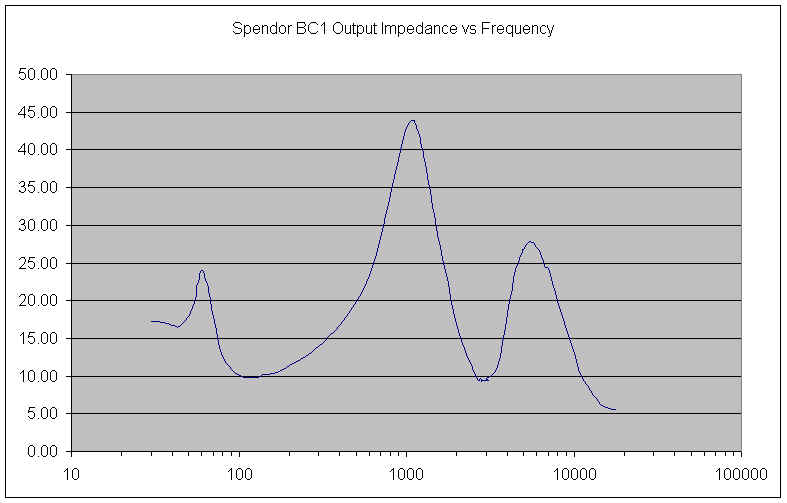